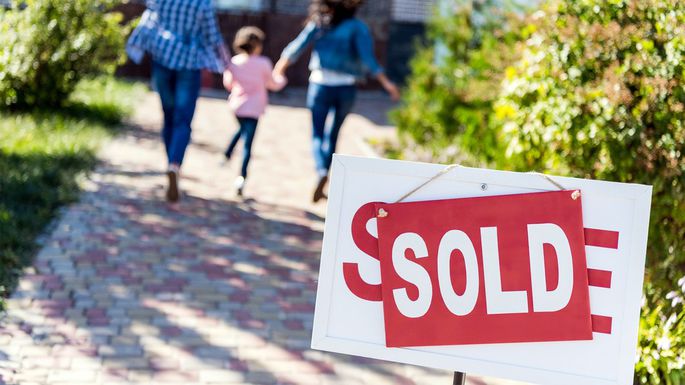 Nevermind the heartfelt personal letters. For aspiring home buyers in today’s cutthroat housing market, the secret to success is no secret at all: money, and lots of it.

Buyers who successfully close on a home are making more than they ever have before, with a median $91,600 household income, according to the National Association of Realtors® 2018 Profile of Home Buyers and Sellers. That’s up from $88,800 last year and $88,500 the previous one. And they need every cent to close on a home at a time when a lack of inventory and rising mortgage interest rates are pushing the cost of homeownership up to new heights.

NAR surveyed nearly 7,200 buyers who purchased homes between July 2017 and June 2018 to come up with its findings.

“Affordability has been such a problem, but the buyers entering today do have higher incomes,” says Jessica Lautz, managing director of survey research and communication at NAR. They’re the ones “who are able to compete in a multiple-bid situation. [And] for them to be able to qualify for a mortgage today, they have to have a higher income.”

The market is beginning to shift as more homes are making their way onto the market. That’s giving buyers more choice and slowing the out-of-control price appreciation of the last few years. But prices aren’t going down.

“Even with a thriving economy and an abundance of job opportunities in many markets, monthly student loan payments coupled with sky-high rents and rising home prices make it exceedingly difficult for potential buyers to put aside savings for a down payment,” NAR Chief Economist Lawrence Yun said in a statement.

Who’s buying what—and which properties are the hottest?

Just about every buyer wants to know who they’re up against in the marketplace. So here goes. Buyers were a median 46 years old and had a median household income of $91,600. Not too shabby.

Whites made up the overwhelming majority of buyers, at 85%. Hispanics bought 6% of homes closed on last year, followed by blacks, at 5%, and Asians at 4%. About 3% of buyers identified as “other.”

Married couples made up the bulk of buyers, at 63%. Single women came in second, purchasing 18% of homes for the second year in a row. Meanwhile, single men only made up about 9% of buyers.

But bachelor buyers tended to purchase more expensive homes, at a median $215,000, compared with single women, whose median home price was just $189,000. Married couples shelled out the most, at a median $289,000.

For that kind of money, the vast majority of buyers want the quintessential American home: a detached, single-family house, usually with a yard out back. In fact, the typical home purchased was built in 1991 and had two beds, three baths and clocked in at a median 1,900 square feet.

About 8% of buyers purchased a townhouse or row house, while just 4% opted for a condo or duplex. Across all types of homes, only about 14% were newly built.

Most homeowners don’t need more space, as only about a third of buyers (34%) had children under the age of 18 living with them. (Only about 12% of buyers closed on a multi-generational home for themselves and their aging parents and/or their adult children.)

The lack of young kids is “changing what people need in a home and need in a neighborhood,” says NAR’s Lautz. “They don’t necessarily need for the perfect school district because they don’t have a child they need to cater that to.”

And it’s not just kids, or the lack of them, that are increasingly a factor in home buying. About 15% of buyers said their pets influenced their decisions. They wanted to make sure their homes were convenient and had appropriate outdoor space for their pets.

First-time buyers vs. the housing market

Everyone keeps talking about these first-time buyers who make up about about 33% of all buyers, down from 34% the previous year. So who are they? Well, for starters, they tend to be older millennials with a median age of 32. More than half are married (54%), and they have a median household income of about $75,000. And they bought homes of about 1,600 square feet worth a median $203,700 last year.

“With the lower end of the housing market—smaller, moderately priced homes—seeing the worst of the inventory shortage, first-time home buyers who want to enter the market are having difficulty finding a home they can afford,” Yun said.

First-time buyers put down a median 7% down payment, up from 5% the previous year. This is the most they’ve contributed upfront since 1995. And many of them are receiving financial help from their families, says Lautz.
“Wealthier families are able to help their children enter homeownership,” she says.

About 48% bought in the suburbs, followed by 20% who preferred small towns and another 20% who chose more expensive urban areas. An additional 11% chose rural areas, while just 1% bought in resort and recreation areas.

It’s all about location

And buyers aren’t going far. They only moved a median 15 miles from their old home to their new one.
At the top of their minds was the quality of the neighborhood. That was followed by how convenient it was to get to that home from work and how affordable it was.

Once they settled on the perfect home in the perfect neighborhood, they planned to stay put. They expect to stay a median 15 years in their newly purchased abodes, with about 19% saying they’ll never leave.

So who is selling these homes and moving out?

Buyers need to understand their competition if they’re going to get a leg up over them. But they should also know who’s putting these properties on the market.

They tended to have lived in their homes for nine years. Although they had a variety of reasons for selling, chief among them were that their current home was too small, they wanted to be closer to family and friends, or they had to relocate for work.

These homes tended to fly off the market, going under contract within a median three weeks. And the owners made bank on the sales, with a median $55,500 profit over what they originally paid for their homes.