BLOG » Suburb vs. City: Where is it cheaper to live?

Suburb vs. City: Where is it cheaper to live? 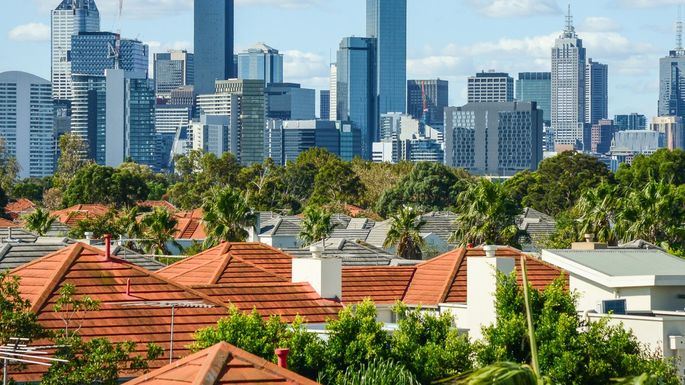 It’s the eternal question, the one that plagues millions of home buyers: suburb or city? Both areas have their merits and drawbacks, but one factor worth considering is how much it all costs. Most people, after all, want not just a high quality of life, but also a place that won’t drain their paycheck dry and it’s not just about the price of housing, but health care, taxes, and other everyday expenses. So, is it cheaper to live in the city or suburbs?

At first blush, suburban living might seem more budget-friendly. However, when we broke down the costs between city and suburban living, we found some surprises. Here are six financial factors to consider when weighing your options.

Which is cheaper? Suburb

You obviously get more space for your money when you buy a home in the suburbs. On average, a home in the suburbs costs $230,000, compared with $431,000 for a home in a city. For example, in Silver Spring, MD, a suburb of the national capital the median price per square foot is $248, compared with a whopping $432 in Washington, DC. (You can find out the price per square foot in any neighborhood at realtor.com/local).

But while homes are cheaper in the burbs, home buyers shouldn’t overlook their potential return on investment when considering whether to purchase a city home. Recent studies show that urban home values climb 11.3% year over year, outpacing suburban home values, which grow at a more modest 6.7%. So do the math.

Generally speaking, metropolitan areas have better public transit than suburban neighborhoods. This enables many city dwellers to abandon car ownership all together, which can lead to huge savings. Indeed, AAA estimates that the cost to own and operate a vehicle between gas, maintenance, insurance, and the car itself is roughly $8,558 a year.

Granted, giving up having a car entirely might mean more taxis or Uber rides, but nationwide, the average Uber trip runs only about $13.36, according to a study by SherpaShare. So, even if you took 10 Uber rides a month, you’d spend only about $1,603.20 a year on this ride-hailing service. And Uber is probably the priciest transport option you’ll encounter, with trains, buses, and subways being far cheaper.

Which is cheaper? Suburb

Although homes in the burbs are more affordable, suburban homeowners often pay more money in property taxes. In Chicago, for example, homeowners shell out less in property taxes than the vast majority of their suburban neighbors, according to an analysis by the Chicago Tribune.

Still, when you factor in all taxes state, local, and income, for instance the suburbs shield you more from the IRS’ greedy clutches, if only by a hair.

In Philadelphia, a middle-income family with a home in the city spends 12.4% of its income on taxes, while the same family living and working in the suburbs of Pennsylvania have an average tax burden of 11.8%â€”a difference of only 0.6 percentage points, according to a 2016 report by the Pew Charitable Trusts. So, assuming you make $100,000 and live in the Philadelphia suburb of Norristown, PA, your annual taxes would be $29,704, compared with $30,443 if you lived in the city. Bottom line: It’s pretty much a tie here.

The typical household spends $4,015 a year, or around $334 per month, on at-home food, according to the BLS. And despite conventional wisdom, food prices are in fact often cheaper in cities, says a recent study conducted at the University of Pennsylvania and Columbia University. The reason: Cities boast 20% larger supply of products; this increased competition forces many city grocery stores to sell at lower prices than suburban grocers.

So which is cheaper?

While life in the burbs offers more affordable housing and slightly lower taxes, city dwellers enjoy the comforts of cheaper transportation, groceries, and health care. Of course, deciding where you want to live will still depend on some intangibles, like whether having a house with a big backyard beats being able to walk out your front door rather than needing to hop in a car.

The moral of the story: You’ll need to take both financial and lifestyle factors into consideration when deciding whether city or suburban life is right for you.